At Laira Green Primary School we celebrate diversity. We are committed to preparing our children to thrive in a multi-cultural world which is rich in faiths and beliefs. Citizens of the future, who are tolerant of others, are developed in schools of today and our learning behaviours, led by respect, illustrate our emphasis.

RE has an important place in the curriculum, providing a safe place for young people to develop their understanding of people, cultures, faiths and relationships.  The new Plymouth Agreed Syllabus (2019-24), created for Plymouth SACRE by RE Today, sets out detailed and extensive programmes that will enable pupils to gain a coherent understanding of religions and world views, preparing them for life in twenty-first century Britain.

PRINCIPAL AIMS OF RE

The principal aim of religious education is to explore what people believe and what difference this makes to how they live, so that pupils gain knowledge, understanding and skills needed to handle questions raised by religion and belief, reflecting on their own ideas and ways of living.  (from the Plymouth Agreed Syllabus 2019-2024)

The Aims of RE

The threefold aim of RE elaborates on the principal aim.

The curriculum for RE aims to ensure that all pupils:

1. make sense of a range of religious and non-religious beliefs.

2. understand the impact and significance of religious and non-religious beliefs.

What religions are to be taught?

Reception - Children will encounter Christianity and other faiths, as part of their growing sense of self, their own community and their place within it.

Consideration of other religions and non-religious worldviews can  and will occur at any key stage, as appropriate to our school context.

RE is for all pupils:

This was first granted when RE was actually religious instruction focused heavily on the Christian faith.  RE is very different now - open, broad, exploring a range of religious and non-religious views.  However, parents have the right to withdraw their children from RE or any part of the RE curriculum (School Standards and Framework Act 1998 S71) and the school has a duty to supervise them, though not to provide additional teaching.

See here for more information regarding the Right of withdrawal (p25-30) and other guidance on RE in schools.

Scroll down to see what we have been doing during the year. 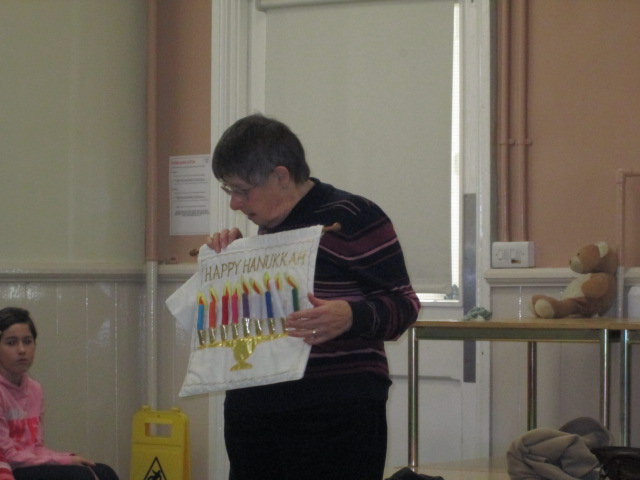 RE offers children opportunities for personal reflection and spiritual development. It considers the influence of religion on individuals, families, communities and cultures.

RE is more than just developing children’s knowledge and understanding. It seeks to develop children’s skills in investigation/enquiry, communication, interpretation, analysis and evaluation. These are important skills for children to develop.

As with skills RE has a number of key attitudes it seeks to promote. These include self-esteem (so that every child feels valued and significant), respect (including being sensitive to the beliefs, feelings and values of others), open-mindedness (being willing to learn and gain new understanding) and appreciation and wonder (developing children’s imagination and curiosity).

RE is an exciting curriculum subject, so we employ a variety of teaching methods. These include: 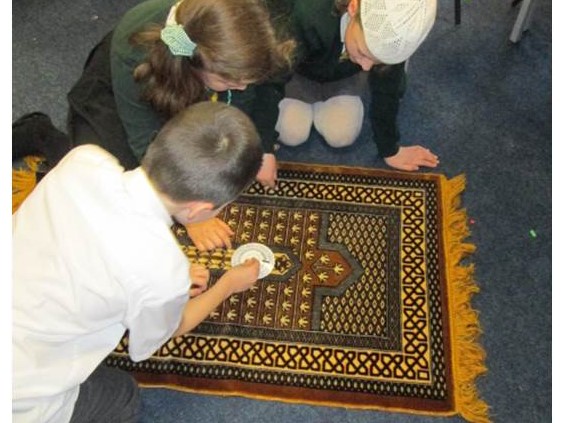 This year, we are taking part in a National Competition run by NATRE (the National Association of Teachers of RE)  We were asked to write some poetry and/or create some pieces of art based on a number of different themes.  Most year groups chose PILGRIMAGES as we have completed work linked to pilgrimages during our Mayflower 400 projects.  The year 1/2 team chose the topic of THE MYSTERIES OF LIFE.

Year 3/4 were really thrilled to welcome Jyothi into school to talk to them about Hinduism.  It was a brilliant visit and the children were all able to deepen their understanding of Hinduism.  Some of the things Jyothi discussed were, the importance of Rangoli and how they are created, pilgrimages and specifically Rathayatra, a chariot festival and Kumbh Mela, a pilgrimage to the River Ganges which takes place every 12 years.

Miss Moffat dressed up in a sari and the children were shown how Hindus meditate!

After the visit, the children wrote a postcard imagining that they were at the River Ganges as part of the pilgrimage.

Laira Green Primary has always had strong links with St Mary's Church.  We wanted to make the gardens more accessible for the community and for the school children even more so, as the school has no 'green' areas on site.  We wanted a clear site, a 'Forest school' type area where the children could sit and read, have marshmallows around a fire and so on.  This could then be used in conjunction with the church for various events.

We are delighted to report our successful collaboration with Plymouth's Youth Offenders Restorative Justice Project which is working alongside us to provide a fabulous new community resource.

This is what they have to report: 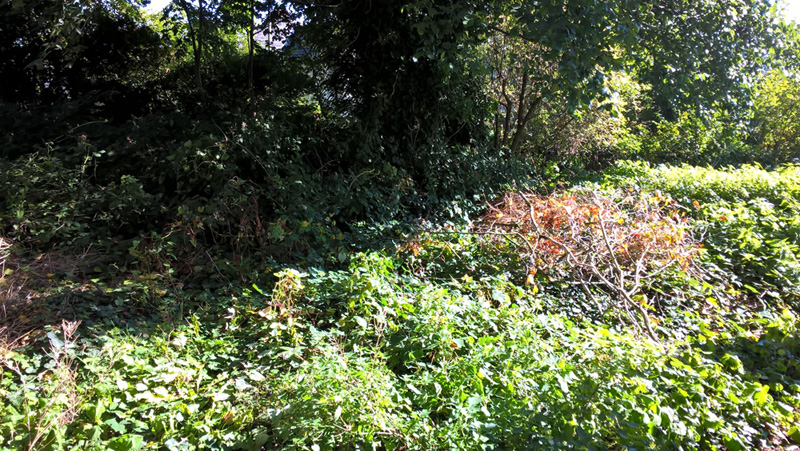 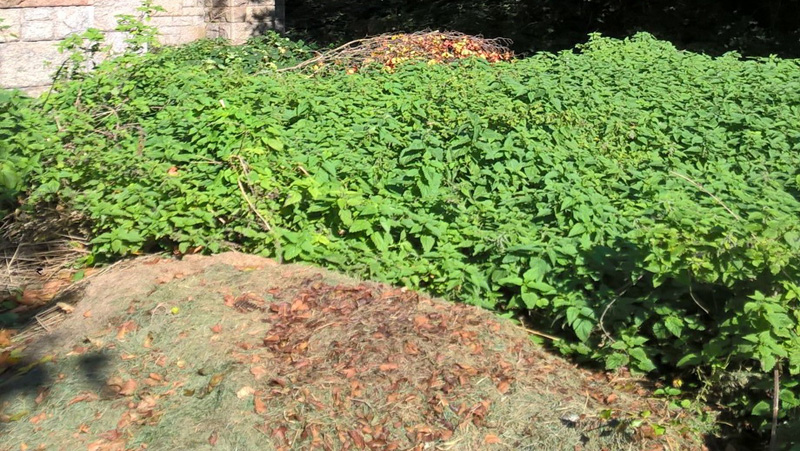 The area we were given was overgrown with nettles and has been used as a dump for bush and grass cuttings for a number of years. 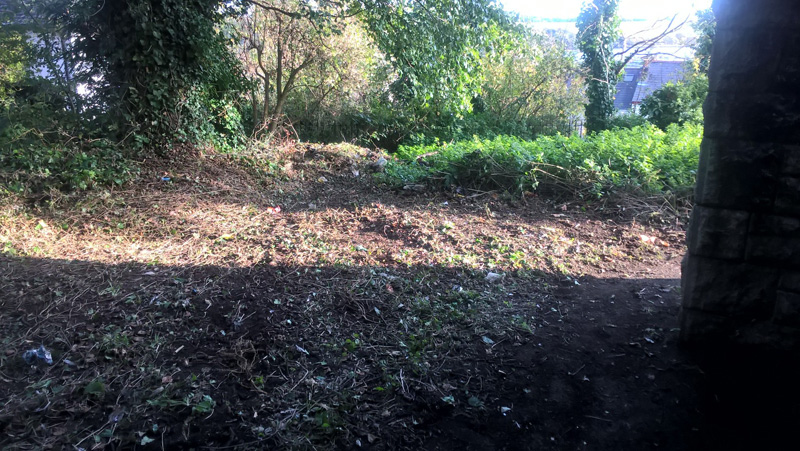 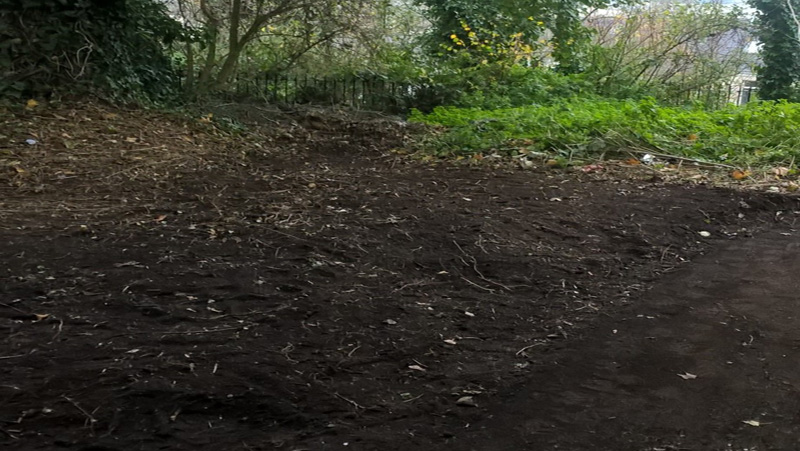 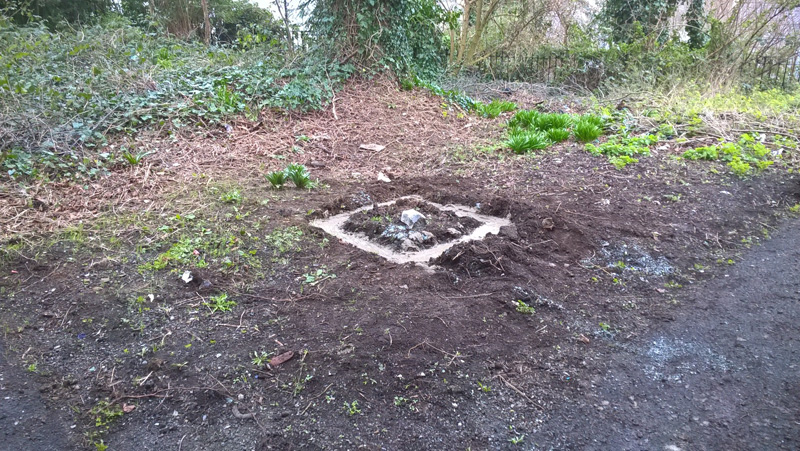 The young person with help from their worker cleared all the dumped grass branches, weeds, plants and then laid the foundations for the fire pit. 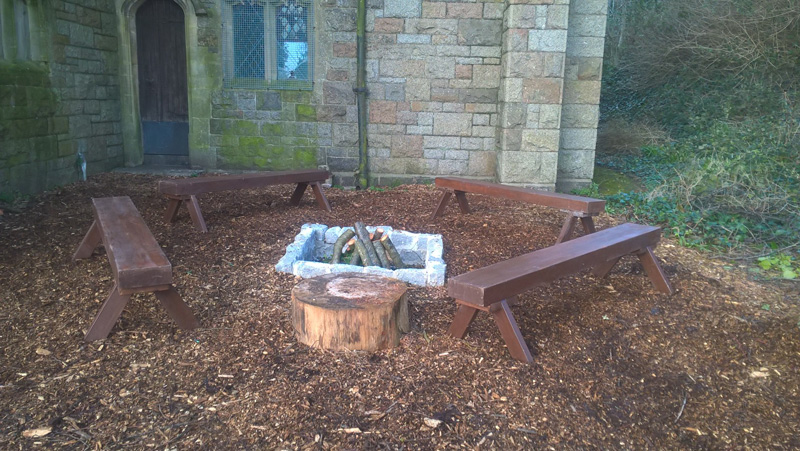 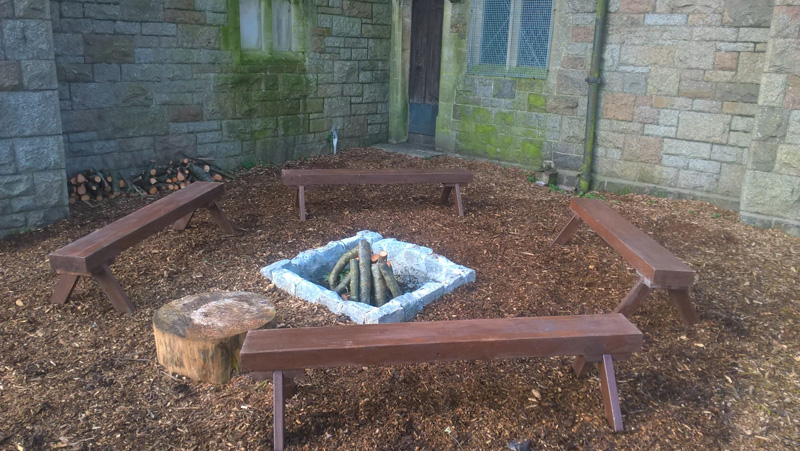 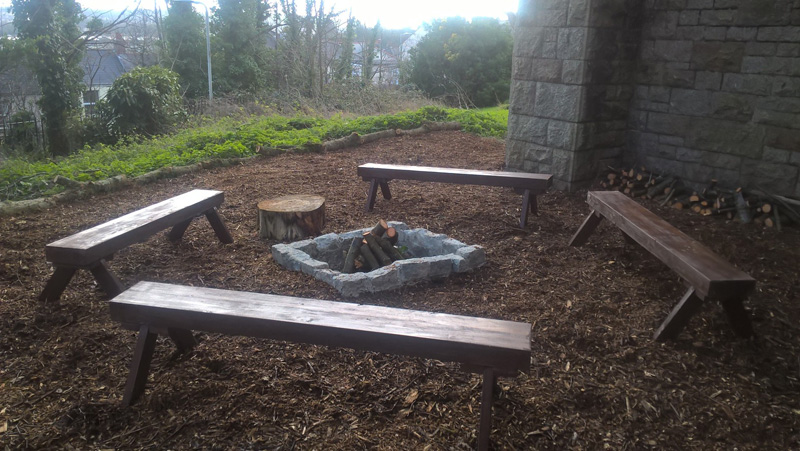 The fire pit was built and benches made by the young person at our small workshop in a youth centre.

We then organised two afternoon sessions to meet up with the Eco warriors from the school.

As a group the young person and the Eco warriors laid a weed proof membrane over the area, this was covered by wood chippings. They then placed the benches around the fire pit.

Laira Green Primary have recently joined the Eco-Schools programme which empowers pupils, raises environmental awareness, improves the school environment and can even create financial savings for schools.  One of the first tasks was to select representatives who would be responsible for turning up to meetings, excited about helping our school to help the environment and able to work as a team to share ideas and develop our project.

These Eco-Warriors' first task has been working alongside the Youth Offending Team (YOT) to help with a litter pick of the church gardens and move the woodchips from the front to the back of the church. It was a much more difficult and tiring job then any of them had imagined.

This was a great project for the YOT as the young person could see how much the children were looking forward to using this space when they met with them for the last two sessions especially when they all sat around the empty fire pit pretending to toast imaginary marshmallows.

The young person in reflection will hopefully realise that they do have the skills and commitment required to do something more constructive with their time and use this experience to move on with their life.

Many thanks to the council's parks department who provided the wood chippings and logs and to the various local buildings sites for the timber used for the fire pit benches and cobbles.

All materials were given free of charge.

Look out for an exciting opening ceremony soon!

Every year we remember Holocaust Memorial Day - 27th January - which marks the anniversary of the liberation of Auschwitz-Birkenau, the largest Nazi death camp.

This year's theme was TORN FROM HOME which encourages audiences to reflect on how the enforced loss of a safe place to call ‘home’ is part of the trauma faced by anyone experiencing persecution and genocide. ‘Home’ usually means a place of safety, comfort and security. During the week of HMD 2019, we will reflected on what happens when individuals, families and communities are driven out of, or wrenched from their homes, because of persecution or the threat of genocide, alongside the continuing difficulties survivors face as they try to find and build new homes when the genocide is over.

The Year 5/6s were extremely privileged in having a guest speaker , Jonathan Marshall MBE, who told them all about the incredible life of holocaust survivor, Solly Irving.

Click  here  to see the activities we took part in.

Year 3/4  - a visit from Scripture Union

This Scripture Union visited our school this week.  The children dressed up as some of the people from the Nativity story and reenacted parts of it.  They were encouraged to think about what it might have been like to be there at the time.  They did some hot seating and lots of discussion work.  Later in the week, the children wrote the Christmas story from the perspective of one of the shepherds.

As part of our RE, the Year 3/4 classes have been learning about Hinduism, about the signs and symbols used with Hinduism and about the way in which they worship their gods.  We learnt about Puja and about Hindu shrines.  We made our own shrines, decorated them with tissue paper and Hindu symbols and then made a puja tray to go in our shrines.  It was great fun!

As part of their learning about Judaism, Birch Class re-enacted the Passover Meal.  They discussed and wrote about the symbolism of the meal and its links with the story of the Exodus from Egypt in the Old Testament. ( The Torah is made up of the first five books of the Bible)

Here are some photos from the experience! (to be added)

On Friday, KS2 visited St Mary's Church for our Remembrance Service.  Father Samuel spoke to us about the importance of unity and working together to make our school and the world a better place.  We watched some very moving clips and then made our own memorial with each of us adding a poppy to an outline of a soldier.  This gave us time to reflect on the effects of war and the importance of remembering those who sacrificed and continue to sacrifice themselves so that we can be free.

In October, the year 5/6 classes visited the Synagogue in Catherine Street.  It is a beautiful building, tucked away next to St Andrew's Minster Church.  They had a tour from Jerry, a custodian of the synagogue, who was able to tell them so many interesting things about the synagogue and about the Jewish faith.  The children also had a worksheet/test to do before and after their visit.  They all scored more on their second attempt which shows that the learnt a lot from their excursion.

This year we have supported the Plymouth Foodbank and Sanctuary Housing, Plymouth. The representatives from the two charities were overwhelmed by the generous donations collected by the children at school.  Well done everyone and thank you so much for supporting those in need.

RE - some examplES of WOrk

Here are some photos of some recent RE writing and art work.

In addition to our church visit, the year 3/4 classes were lucky enough to visit Piety Mosque too.  We were greeted by Hischem, one of the Imams and he taught us many things about Islamic practices, especially prayer and Ramadan.  Hischem also performed the Call to Prayer, which was amazing.

When we got back we wrote a recount in the form of a newspaper article.

As part of our RE work we have been look at faith in the community.  We were invited to visit Stuart Dann at Efford Christian Fellowship.  He told us about the church and how it had been paid for by generous donations from the community!  We learnt about the baptistry and saw lots of ways in which the church works within the community.  There were posters showing information about different charities that they support and people who have travelled the world to work with others.

This year's RE Day was based on Christianity and specifically looking at the question: 'Who is God to Christians?'

Every year group discussed some deep, philosophical questions about God, our existence and why there are good and bad things and people in the world.  We also had visits from Andy Bowden (Chaplain from All Saints Academy), Stuart Dann (Efford Christian Fellowship) and Josh Yates (Youth Worker at St Andrew's Minster Church Plymouth)

Here is an example of some of the work covered.

Who is God to Christians?